The New Way to Get a Tax Break: NFT and Crypto Donations

Across the nonprofit sector, there is a drive for crypto donations and the associated tax benefits.

James Lawrence CEO of Engiven was recently interviewed by Jeremy Olshan from The Wall Street Journal reporting on the topic. The original article was published May 2, 2022, 10:02 am ET

A combination of generosity and tax-bill sticker shock is driving more wealthy crypto investors to donate bitcoin and NFTs to charities. The nonprofits aren’t always sure whether accepting these digital assets is worth the trouble.

At the Oscars in late March, for instance, a Hollywood moment of silence for the people of Ukraine cut to an ad for Crypto.com that sent viewers to a site where they could donate crypto, buy non-fungible tokens, or use a plain old credit card. All proceeds were directed to support relief efforts by the Red Cross Red Crescent Movement.

There was a hitch, however. The Red Cross doesn’t accept crypto donations, so the contributions had to be converted to dollars first.

Charities largely want to tap into the nearly $2 trillion in wealth that crypto investors have amassed on the blockchain. But these types of donations pose a number of legal, technical and logistical challenges. This has many nonprofits treading carefully.

“Charities are sort of in the middle of fear of missing out and fear of doing something that’s going to get them in some level of compliance exposure,” said James Lawrence, co-founder of Engiven Inc., one of several startups that have cropped up to serve as intermediaries between charities and digital-asset donors.

Mr. Lawrence, who has launched other companies providing technology products for churches and nonprofits, said that this reluctance is similar to what he saw when charities first considered allowing online donations via credit card.

The Crypto.com campaign raised $1.6 million in donations, 60% of which came from the sales of NFTs that artists created for the cause—plus an additional $1 million match from the company, said Steven Kalifowitz, the Singapore-based company’s chief marketing officer.

They might have raised even more had Will Smith stayed in his seat, “but then the slap happened,” he said, referring to the actor hitting Chris Rock in the face on stage at the awards show, and that became all anyone wanted to talk about.

That NFTs would drive more than half of donations wasn’t surprising, Mr. Kalifowitz said. He added that some buyers made the digital artwork their social-media avatars to broadcast their participation in the fundraiser. The practice is akin to a digital version of virtue-signaling tote bags given out during public radio and television pledge drives.

“You’re going to see a lot more fund drives with an NFT component because people want something to show for their gift,” he said. “People who live in a digital world won’t necessarily value a physical item.” 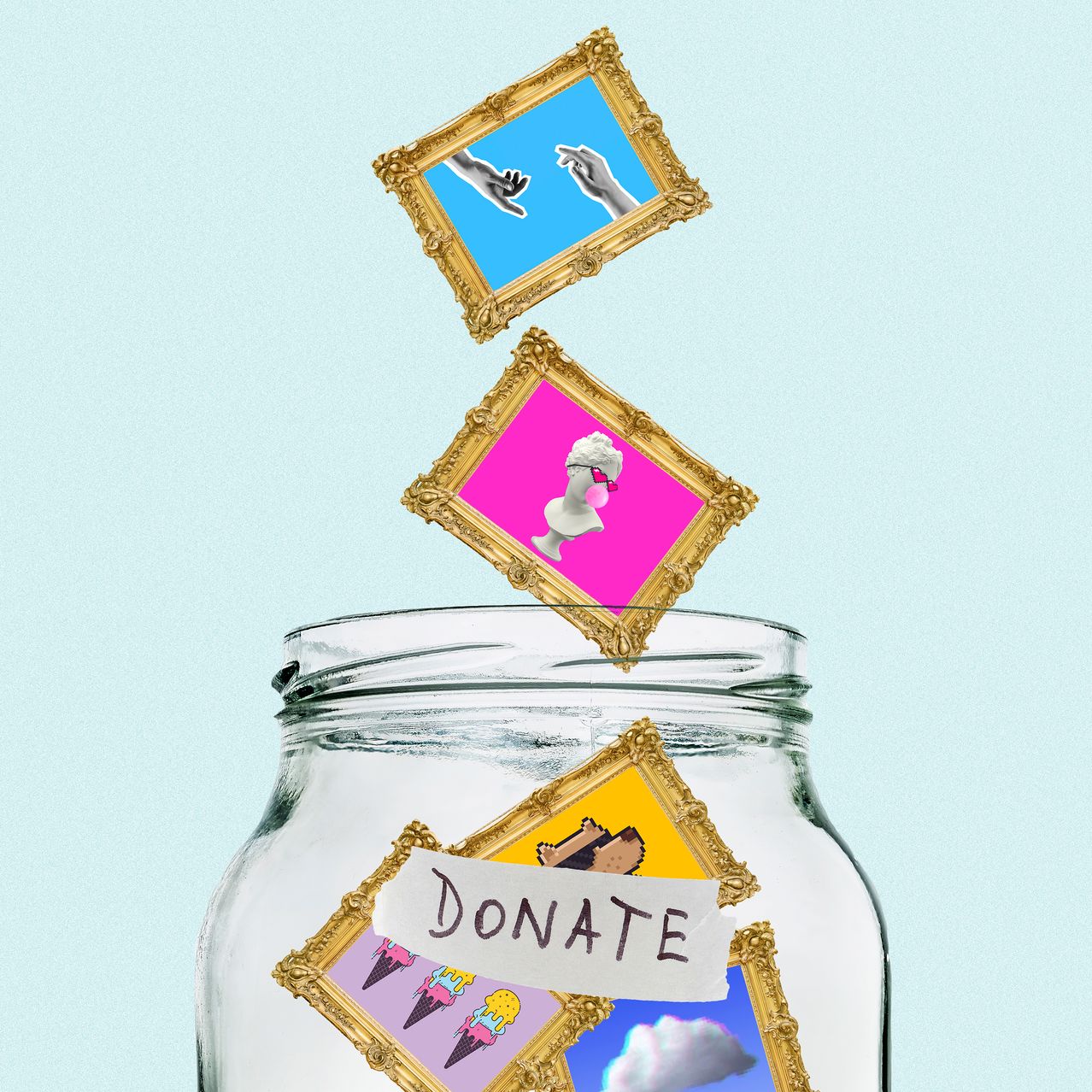 What NFTs and crypto have in common is their significant increase in value in a short period. Since today’s capital gains become tomorrow’s tax-deductible charitable donations, both donors and nonprofits have an interest in making this work. People often donate their most appreciated asset, and for more younger investors, that asset is bitcoin, ethereum or NFTs, said Una Osili, associate dean at the Indiana University Lilly Family School of Philanthropy.

“For previous generations of Americans, it was their stock portfolios or land,” she said.Since the Internal Revenue Service treats crypto or NFTs as property, investors who donate them can avoid paying capital-gains taxes on the donated assets they have held longer than a year, and can also deduct the value of the gift itself. Read more about tax benefits with the complete article here.